Updated information is now available for you.
at December 28, 2011 1 comment: A blessed, joyful and Happy Christ-Mass to all of you. May our True God, the Incarnate Lord born of Mary, bless and keep you in this holy season!
at December 24, 2011 4 comments:

Courtesy of my brother, Father Brandon Jones, comes this seventh instalment in a video series on the new English translation of the Novus Ordo Missae. In another wonderful Anglicisation, the original text, 'Lord God of Hosts,' is returned to the Sanctus in the Eucharistic liturgy. The new translation sounds more and more like the traditional Book of Common Prayer, which incomparable treasure embodies the ancient Western Rite.
at December 21, 2011 No comments:

The Feast of Saint Thomas the Apostle, Saturday 21st December 1996, on bright clear glistening snow-covered morning in Lexington, Virginia, I was ordained to the Sacred Order of Priests in Christ’s One, Holy, Catholic and Apostolic Church at Saint Paul’s Church by the Most Reverend John Thayer Cahoon, Junior of the Anglican Catholic Church. What a glorious day it was!

You go with me to the Altar of God today as the Holy Sacrifice is offered in thanksgiving for fifteen years of participation in Christ’s Holy Priesthood. Please pray for me on this day. Thank you very much and God bless you.
at December 21, 2011 1 comment:

From the September 2011 Provincial Synod of the Society of the Holy Cross, sermon at Saint Mark's Church and Solemn Benediction of the Blessed Sacrament at the Cathedral of Saint Luke and Saint Paul, Charleston, South Carolina.
at December 19, 2011 No comments:

The Episcopal Consecration of Bishop Paul Sobiechowski on 18th October 2011 at Saint Stanislaus Cathedral, Scranton, Pennsylvania. The PNCC is historically the sister Church to orthodox Anglicanism.

In the end the Elizabethan settlement endured by reason of its own spiritual integrity. By 1593 the Church of England possessed an ethos peculiar to itself, characterized less by mere negations on the side of Rome or Geneva than by a coherent and distinctive embodiment of the Christian tradition that claimed continuity with all that was best in the Middle Ages and in the ancient Catholic Church. Bred within the comprehensive limits of the Elizabethan formularies, nurtured upon the spirituality of the Book of Common Prayer, the generation that came to manhood in the ‘nineties brought Anglicanism to its maturity. A scornful condemnation of the late Elizabethan Church as a position born of compromise timorously defended, and maintained only because the political exigencies admitted no deeper commitment, cannot stand in the face of the piety, learning and loyalty that flowed in the first generation of men whose religious experience was wholly within the life of Elizabethan Anglicanism. Bilson, Field, Mason, Hall, Morton, Montague, Overall, Andrewes, Laud – here is a numbering of the stars in the firmament of the early Stuart Church. 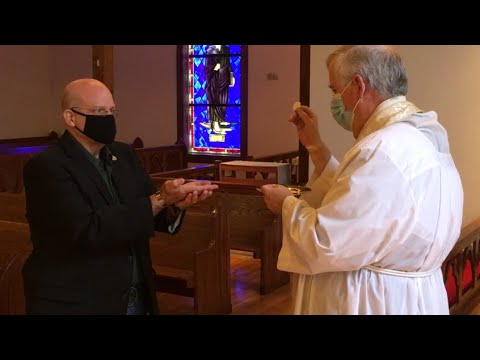