On Tuesday, 28th January 2014, the Reconciliation Working Group of the Anglican Church in America and the Anglican Province of America met at Saint Barnabas Church in Dunwoody, Georgia, the day on which the 'snowpocalypse' descended on the city of Atlanta. Mercifully, the weather did not prevent the Group from enjoying a thoroughly cheerful and productive meeting. Three APA representatives and five ACA representatives began the first day with the celebration of the Holy Eucharist and met for approximately seven hours in intensive conversations. A second meeting of the Group involving the Presiding Bishops of our Churches was held on Wednesday 29th January at the Holiday Inn Perimeter in Dunwoody. The Group intends to meet again before the concurrent APA and ACA national Synods to be held in October 2014 in Belleville, Illinois.

Many various items and issues were discussed in the course of the meetings, but three stand out and bring into relief the process of reconciliation now underway.

First, the Group discussed the ongoing effort to evaluate and propose a united body of Canon Law for a future reunited Church. The 1993 Canons of the originally united Church are the basis for restoring an agreed body of Canons. Over the past year and a half, the Group has worked diligently to determine which Canons would best serve the needs of a reunited ecclesiastical structure. A proposed Constitution based on the original 1993 version has already been completed, and many of the Canons have been reviewed and accepted for future submission to the Synods of the Church. It is hoped that the entire Constitution and Canons will be completely reviewed and ready for future action before the end of this year. Of course, the Group’s role in this matter is only to propose. The Synods of the Churches must examine and accept by juridical process any proposed future changes.

Second, the Group reviewed action items already proposed and discussed at previous meetings. We hope to see a new joint website for news and information from the APA and ACA created soon. We continue to encourage joint events on the local level between parishes, deaneries, and Dioceses, and we encourage mutual participation in youth camps and other youth events. Wherever and whenever possible, we hope to witness an increase in mutual involvement and participation at every level of Church life. New ideas for promoting grass-roots shared ministry and friendship are forthcoming.

Third, the Group received a proposal for the creation of an Assembly of Bishops for the Traditional Anglican Church in the United States of America, a Continuing Church counterpart to the ‘Assembly of Canonical Orthodox Bishops of North and Central America,’ in which the bishops would be in full sacramental communion with each other (communicatio in sacris) and bound by mutual love and commitment to working together as one body. In it, Dioceses and Provinces would remain autonomous and canonically self-determining. The bishops would consult with each, confer with one another, make decisions together, and speak with one voice to culture and society; they would be enabled to form, educate, and train clergy and laity together as one body. Evangelistic and missionary efforts, domestic and foreign, would not overlap but would be united and synchronised. Each Diocese or Province would pledge over time not to act in any major way without consultation and consensus with and through the others.

All the APA and ACA bishops present at the Group meetings endorsed the creation of the Assembly. The proposal now moves to the Houses of Bishops of the founding jurisdictions for further consideration.

Please continue to pray for the members and the efforts of the Reconciliation Working Group.

Would this National Assembly of Anglicans include other continuing churches besides APA and ACA? Are ACC and APCK and others invited?

Please pray for the second Anglican Joint Synods, to occur from Monday 13th January to Friday 17th January 2020 at the Crowne Plaza at Ravi... 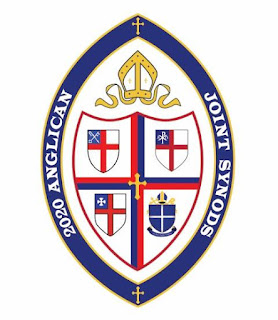