Please consider joining us on our third Traditional Anglican pilgrimage to the Holy Land...

HIGHLIGHTS:
A pilgrimage to the Holy Land is an utterly irreplaceable and unique experience that entirely revolutionises one's perspective on the Holy Scriptures, the history and teaching of the Faith and the great story of man's redemption. We would love for you to join us in 2014! 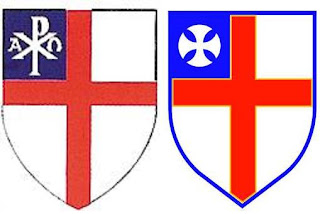 The following is the report delivered to the House of Bishops of the Anglican Province of America and the Anglican Church in America on the work of the Reconciliation Working Group for the two churches.


The APA-ACA Reconciliation Working Group met at St. Barnabas Church in Atlanta, Georgia, November 8-9, 2012, with Archdeacon Erich Zwingert (APA) and Bishops Chandler Jones (APA), George Langberg (ACA) and John Vaughan (ACA) attending. The group had previously agreed to work on a common version of the Constitution and Canons to be proposed for adoption by the two jurisdictions at an appropriate time. The agreed methodology was to:
a) compare the current APA and ACA versions of these documents with their common starting point, the 1993 ACA Constitution and Canons,
b) discuss the changes each body has made to the 1993 document, and
c) incorporate those changes which have proved most workable and beneficial into the proposed version, eliminating verbiage deemed to be either redundant or no longer applicable.

Following this approach, the group produced a composite version of the Solemn Declaration and Constitution, greatly aided in the process by Fr. Zwingert's side-by-side arrangement of the 1993 document with the ACA and APA revisions.

The remaining time was spent discussing issues which could inhibit progress toward reunion and compiling a list of suggested actions which could help keep the process on track.

The first potential stumbling block discussed was a lingering sense of distrust of each side by the other, in some cases based on negative personal experiences during the 1995 separation, and in others based on rumors and false information. The general feeling was that most of this distrust would gradually dissipate as the two sides interacted and got to know each other better, a process which could be aided by each group acknowledging its partial responsibility for the separation in a joint statement.

A second concern, somewhat related to the first, involved the antipathy found in a few one-on-one relationships. Such situations, especially where they involve leaders or other key people in either jurisdiction, may require third-party intervention, or may resolve themselves by the decision of one (or both) of the individuals not to participate in the reunion process.

The expressed desire of the ACA DEUS for its own bishop ordinary was also discussed, with a general agreement that while such an election could present some additional challenges to reconciliation, it was probably necessary for the continued health and internal coherence of the ACA DEUS during the expected 4-5 year interval before full organizational unity can be expected. The point was also made that a cordial working relationship during that period between ordinaries of the ACA DEUS and APA DEUS could contribute greatly to resolving the distrust issue identified earlier.

The group concluded its session by developing the following list of ideas to build and strengthen relationships between APA and ACA clergy and laity: