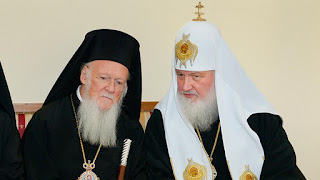 The Great Eastern Schism has begun... let us fervently pray for the reconciliation and unity of the Eastern Orthodox Churches.