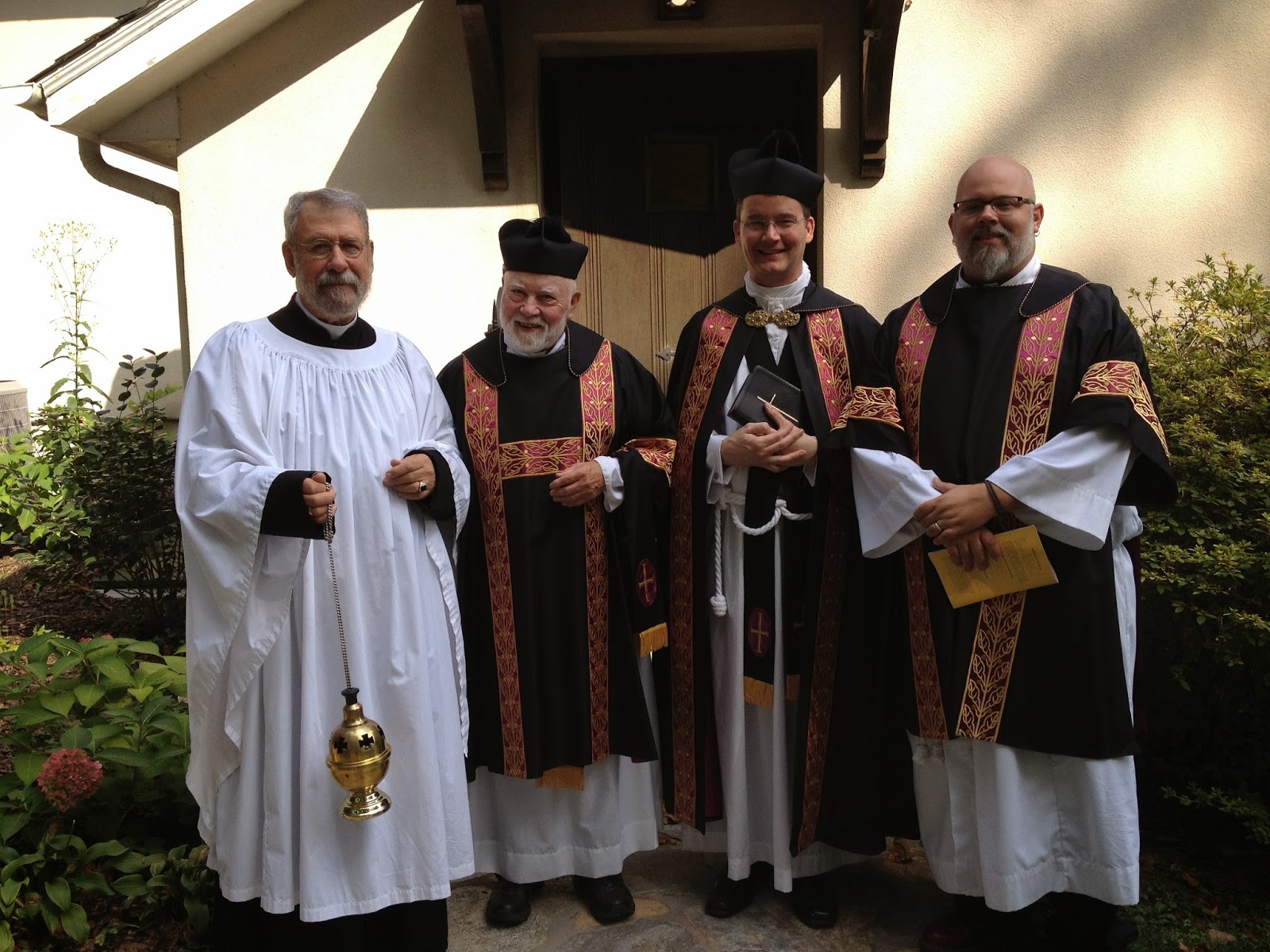 In the light of recent events within the Church of England, and reports regarding Forward in Faith (U.K.), the officers of Forward in Faith North America (FiFNA) hereby issues the following statement.
First, it is with deep sorrow that FiFNA acknowledges the vote by the General Synod of the Church of England to proceed with the “consecration” of women to the episcopate. This action heightens the level of difficulty for Anglicans during this period of reception, by placing more barriers before those who are seeking to live under and promote the historic priesthood and episcopate. Sadly, the autonomy of the local church, albeit provinces, has usurped the authority and unity of Ecumenical consensus and the Church catholic, exposing yet again the ecclesial deficit of our Communion that can only be addressed through the historic tools of Conciliar discernment.
For our brothers and sisters in the Church of England who maintain the worldwide majority position of the One, Holy, Catholic, and Apostolic Church regarding Holy Orders, we pledge our prayerful support, love, and respect. You have consistently upheld biblical and theological principles in an age of secularism. However, we are encouraged that this most unfortunate decision, has been accompanied by provisions enabling Catholic Anglicans to remain in the Church of England with integrity, and the Church of England’s stated commitment to enable them to flourish within its life and structures. Sadly, since the beginning of the ordination of women as priests in the Episcopal Church, and their subsequent consecration to the episcopate, those assurances were offered, only to be later withdrawn to faithful Catholic Anglicans (in the Episcopal Church). The many divisions, coupled with massive litigation, have produced an environment which we pray will not become your reality.
We also assure you of our prayerful support as you seek to develop “The Society” under the patronage of St. Wilfrid and St. Hilda, as the ecclesial structure for bishops, clergy, religious and parishes to live in full communion with each other within the Church of England, as you recommit yourselves to Mission. Although this became impossible in the Episcopal Church, we pray that wisdom will prevail for you in the days ahead. We also wish to thank all those who have worked tirelessly in simply restating what the Church has always believed, and in particular what became obvious to many people in Forward in Faith – the necessity of working with faithful Anglicans of various traditions that may in some ways differ from our own, for the sake of unity in Jesus Christ, who is the Way, the Truth, and the Life.
We also reaffirm the position which FiFNA published previously concerning human sexuality, the importance of which, in many current challenges in Church life, cannot be overstated: “Under the authority of holy scripture and the tradition of the church, we affirm that sexual activity can only properly take place within the context of holy matrimony between a man and a woman. We affirm that any other type of sexual relationship is sinful regardless of context or degree of fidelity, and that the church cannot bless any type of sexual relationship outside of holy matrimony between a man and a woman. We affirm Resolution 1.10 of the 1998 Lambeth Conference as the standard for Christian sexual behavior.”
The Rt. Rev. Keith L. Ackerman, President
The Rt. Rev. William H. Ilgenfritz, Vice President
The Rev. Lawrence Bausch, Vice President
Dr. Michael W. Howell, Executive Director
at September 01, 2014 No comments: