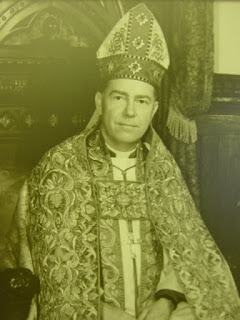 Following on the intriguing discussion at The Continuum, below is the carefully-researched essay by Father John Jay Hughes found in his 1970 defence of Anglican Orders, Stewards of the Lord:

Whatever view one takes of the criticisms of Apostolicae curae in this book, it is indisputable that the situation envisaged by the Bull no longer exists. In the course of the last half-century bishops recognized by the Holy See as validly consecrated have taken part in a considerable number of Anglican episcopal consecrations as co-consecrators. A majority of the Anglican bishops in the world today, and probably the large majority, can trace their consecration to bishops about whose episcopal character there is no doubt. This has rendered the verdict of Apostolicae curae obsolete by creating a new situation which could not be foreseen in 1896. As exact information about the new streams of succession introduced into the Anglican episcopate in the last half-century is difficult to come by, we present here a brief list of consecrations and of the bishops concerned. Although the information which follows is believed to be accurate in all details, it can make no claim to completeness.

On 28 April 1908 three bishops of the Dutch Old Catholic Church consecrated the former Roman Catholic priest, Arnold Harris Mathew, a bishop in Utrecht. On 29 June 1919 Bishop Mathew consecrated Bishop de Landesberghes et de Rache.1 He was a co-consecrator on 12 January 1915 of Hiram Richard Hulse as Episcopalian Bishop of Cuba. Bishop Hulse, through his participation in numerous subsequent consecrations in the Episcopal Church, appears in the Table of Succession of almost all present bishops of the Episcopal Church in the United States,2 and in the Table of Succession of many of the present bishops of the Anglican Church of Canada.

Subsequent to the establishment of full intercommunion between the Anglican communion and the Old Catholic Church, bishops of the two churches began to take part as co-consecrators in the episcopal consecrations of the other church on a reciprocal basis. Each church recognised the validity of the other's ministry in advance. The exchange of consecrators was not motivated, therefore, by any residual doubts on one side or the other about the validity of the orders conferred in the two churches. The mingling of the two lines of episcopal succession was desired by both sides as a logical consequence of the existing relationship of intercommunion. Old Catholic bishops have acted as co-consecrators at the consecration of the following Anglican bishops:

In addition bishops of the Polish National Catholic Church, whose orders are also recognized as valid by the Holy See, have taken part as co-consecrators in the consecration of the following Anglican bishops in North America:

It is sometimes argued that the participation of these non-Anglican bishops as co-consecrators is worthless because a defective sacramental form was used at these consecrations,5 or because the co-consecrators in the Anglican rite do not join in reciting the words of the essential form, but merely lay their hands on the head of the bishop being consecrated while the form is said by the archbishop or other chief consecrator alone. The assumption underlying the second of these two objections is not entirely correct. The custom at the consecrations in England is for the Old Catholic bishops to lay on hands either with the Anglican bishops or subsequently, and to say, 'Accipe Spiritum Sanctum'.6 To argue, however, that the silent imposition of the co-consecrators' hands in the Anglican rite, while the chief consecrator alone says the form in the name of all, is worthless is to impose upon Anglicans standards which Roman Catholic theologians would not think of imposing upon their own bishops. This argument is like saying that all Roman Catholic ordinations to the priesthood today are invalid because the essential laying on of hands is separated from the utterance of the essential form as defined by Pius XII in 1947. The answer to this objection is that there is a 'moral unity' between the silent and essential laying on of hands and the following prayer which contains the words of the essential form. On the same principles the silent participation of co-consecrators in the laying on of hands in the Anglican rite of episcopal consecration is a 'moral participation' in the essential form, which is said by the chief consecrator alone.7

The second objection, that the participation of Old Catholic and Polish National Catholic consecrators in Anglican consecrations over the last decades is worthless because of the use of an invalid form, may be dealt with even more briefly. The form condemned in Apostolicae curae has not been used since 1662: the Bull deals specifically with the form in use from 1552 to 1662. And we have already noted the opinion of the Bull's principal author, that the form as expanded in 1662 could conceivably be valid.8

The consecrations listed above are of significance not only for the Anglican bishops concerned, but for all other bishops to whom they have passed on their succession, and to the clergy ordained by such bishops. Since the required minimum of three consecrators is normally greatly exceeded at Anglican episcopal consecrations, the bishops who have been listed above have very quickly passed on their succession to others.

The new situation thus created has not yet been the subject of a formal ruling by the Holy See. However as long ago as 1960 Rome took official cognisance of this changed situation by granting to a convert Anglican priest in the United States a dispensation from the diriment matrimonial impediment of major orders so that he could convalidate his putative marriage of many years, which was invalid according to Roman Catholic canon law. This case is especially significant in view of the fact that one of the precedents cited by Apostolicae curae involved 'a certain French Calvinist' who had been ordained priest in the Church of England and, after subsequently entering the Roman Catholic Church, desired to marry. It was decided in 1684 that he had not contracted a diriment impediment to marriage by being ordained in the Church of England, since the ordination was invalid.9 The present author's conditional ordination to the diaconate and priesthood by the then Bishop of Munster, Dr Joseph Hoffner, on 27 January 1968 was based upon the facts set forth in this appendix. These facts form no part of the argument of this book. They are included here merely for the sake of completeness, and because the rather 'mechanical' or 'pipeline' view of apostolic succession assumed here governs the practice of the Holy See, and will continue to govern it until catholic theologians are able to find general acceptance for a reasonable restatement of prevailing notions of apostolic succession. The understanding of apostolic succession here criticised has been correctly described by Roger Beckwith as 'un-Anglican'.10 The present author hopes to see the day when it may be generally regarded as un-catholic as well.

3 Information kindly supplied by the Rev'd Canon J. R. Satterthwaite of the Church of England Council on Foreign Relations. The first of these consecrations, that in 1932, is attested by a lengthy Latin protocol preserved at Pusey House, Oxford, and Lambeth Palace, London, in which the Old Catholic Bishop of Haarlem, Henry Theoroe John van Vlijmen, declares that when laying on hands with the Archbishop of Canterbury and saying the formula, 'Accipe Spiritum Sanctum' he 'formally intended to confer . . . the order of the episcopate according to the mind of our holy mother, the Catholic and Apostolic Church . . . and to impart the same episcopal character which . . . we bishops of the Old Catholic Church possess, that is, the fullness of priesthood with each and every function pertaining thereto and with the faculties inherent in the same, in the precise sense in which the fullness of the priesthood has been understood everywhere, always, and by all.' (Emphasis in original.) The document also states that the reason for the Bishop of Haarlem's participation was 'to mingle as two streams the episcopal succession which has come down from the Apostles, namely that derived through the bishops of the Old Catholic Church and that which has come down through the Anglican hierarchy until the present time.'

7 It is interesting to note that the Second Vatican Council conformed the practice at the consecration of bishops in the Latin rite to that of the Anglican Ordinal: henceforth all the bishops present may join with the three consecrating bishops in the laying on of hands. Cf CLit 76.

8 Cf the letter of Cardinal Merry del Val on p 237 above. 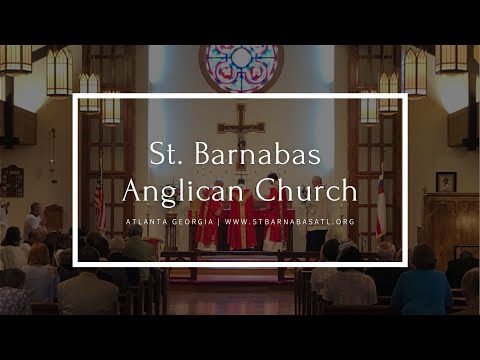