From the Catholic Herald in the United Kingdom:

It appears the Pontifical Council for Christian Unity continues to frustrate the efforts of orthodox Anglo-Catholics who seek full communion with the Papal See because of the intimate ties that liberal curial office aggressively maintains with the See of Canterbury. Leaving aside the possibly-exaggerated membership claims and serious canonical problems posed by the Traditional Anglican Communion, this disappointing episode only serves to prove once again what I have been saying for years: Rome, through its official infrastructure, is talking to the wrong people, and has clearly committed itself to an apparent irreformable ecumenical relationship with an increasingly heretical Anglican Communion establishment based at Lambeth Palace. Can the Roman Communion ever deal squarely with Catholic Anglicans, even with those who simply want a meaningful dialogue rather than organic union?
at December 04, 2007

“All may; none must; some should” is a phrase that many of us of Anglican faith have heard regarding the Church’s disposition on avuncular confession. Despite this invitation, I suspect that few of us, even practitioners of Anglo-Catholicism, take advantage of the Act of Reconciliation. We Anglican’s have the additional “out” of weekly communal confession as part of our liturgy. Face-to-face confession is a difficult thing for most people. Even those of the Roman Church, who are still required to make a once-a-year confession, often fail to do so. The reasons for this I believe are wholly psychological and have little to do with a person’s spiritual disposition or health. Far more, it is the mere acknowledgment to another of sin, and the ensuing shame, that keeps us from confessing. I imagine the natural embarrassment that comes with confessing to a known priest lessens the likelihood of confession further. The anticipation of confession leads us psychologically to relive either consciously or unconsciously those experiences of childhood of having to “fess up” for our various transgressions… then of course, there is also the fear that the priest judges us, or that our sins in some way are unbeknown to him. It is the fear of confession and not the act itself that keeps up from participating in what is actually a very curative experience. Despite our initial fear, we all usually felt better when we finally “got it off our chest” and acknowledged to our parents our mistakes. That personal experience is relived in confession. In this world, we are physical beings existing in a tangible experience. The physical act of confessing to another, and more importantly, receiving direct absolution from that person provides a sense of assurance that is not possible through communal confession. It is a powerful, powerful phenomenon that has to be felt to be truly appreciated. I encourage everyone to directly experience that the Father truly does forgive us in a way that is most obvious to us all – through a confessional relationship with another human being.

Please listen to my interview on the Sacramentalists Podcast regarding theological Zionism! 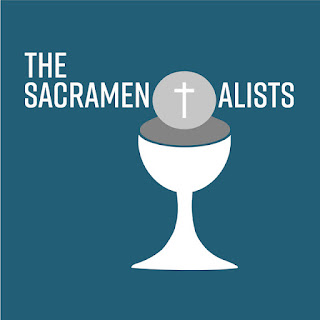