Orthodox Continuing Churchmen nationwide continue to breathe a deep sigh of relief that they are no longer linked to the established body known as ECUSA as the 75th General Convention of TEC (The Episcopal Church) slowly churns and sputters towards its inevitable conclusion in Columbus, Ohio. For all of the debate over compliance or non-compliance with the Windsor Report, the resolutions so far have taken a predictably modernist direction.

The exception are two resolutions that have progressed through the Special Committee on Anglican Communion relations - A166 articulates the desire of the TEC to be involved in a new 'Anglican Covenant' envisioned by Archbishop Williams and the Windsor Report. A159 would commit the TEC to remaining a 'constituent member of the Anglican Communion.'

The Bishops passed C008, which affirms the right of workers to organize and form unions. C012 supports the Episcopal Network for Economic Justice. The Bishops approved the Millennium Development Goals of the United Nations as a priority for the TEC. The Bishops approved A077, changing the Lectionary of the 1979 Book for the Revised Common Lectionary. The Bishops also passed resolution C018 reaffirming environmentalism.

TEC Bishops voted to urge and encourage sex equality in D024. The Bishops passed another political resolution, A017, on immigration.

In COCU ecumenist fashion, the Bishops also passed a resolution approving what is described as interim eucharistic sharing with the United Methodist Church. The Episcopal Church is preparing to recognise the sacramental validity of Methodist ordinations and Methodist celebrations of the Eucharist. A055 encourages communicatio in sacris between the two bodies under certain loosely-defined circumstances. The move is identical to the communion agreement which existed between the Evangelical Lutheran Church in America (ELCA) and TEC prior to the adoption of the controversial Called to Common Mission, which established full sacramental communion between TEC and ELCA. Methodist ministers are now reckoned to be Catholic priests, and Methodist communion services are held to be proper Masses in which the True Body and Blood of Christ are consecrated. Similar agreements have been established with other mainline protestant bodies.

In all charity, I must say I feel immeasurably blessed and preserved not to be associated with the goings-on transpiring this week in Columbus. Regardless of the problems which undoubtedly exist in the Continuum, Continuing Anglo-Catholics have been set free from the seemingly endless mire of political debate over the essentials of the Faith found in the establishment to concentrate on what really matters - the Gospel and the mission of the Church Catholic. Let us pray our dearly beloved orthodox brethren still struggling in TEC (or ECUSA) may soon be able to join us in a new orthodox alignment within Anglicanism.
at June 16, 2006

Some of us are slow learners, but the absurdity of TEC is just too much to ignore. It really doesn't matter about the WR response. Adult Christians just don't behave like this!

I could not see the approval of "interim eucharistic sharing" with the UMC as being a positive sign for either TEC or the UMC.
I have a love in my heart for the UMC, and I know there are better Christians than me in it, but it seems to me that lately it proclaims "Christianity-and-water" more than it proclaims the faith which was once for all delivered to the saints.

By accepting this, TEC would seem to say that apostolic succession doesn't matter, and then accepting what seems very fuzzy belief on the presence of Christ in the sacrament.

Our Lord prayed for Christians to be one, but I can't believe that he means for us to be united by accepting everything and rejecting nothing.

Compare this to the 1940s when a mainstream figure like Bishop Manning of New York was Catholic enough to quash an Episcopal-Presbyterian merger and Anglo-Catholics everywhere protested the formation of the Church of South India, or the 1960s when ACs in the C of E were still strong enough to stop that proposed merger with the Methodists.

I knew it was all over when 17 years ago at a formerly AC theological college in England I heard a priest lecturer describe the Free Churches as a branch of the church. That and there was a collared lady deacon on the staff.

The new denom unto itself TEC will keep merging with like-minded liberal Protestants into an ever-shrinking bowl of mush, pretending to be diverse (lots of colourful flags and pretty pictures of smiling non-white people) while they continue to chase their white upper-middle-class base, which can't be bothered with their silliness and would rather be honestly secular. 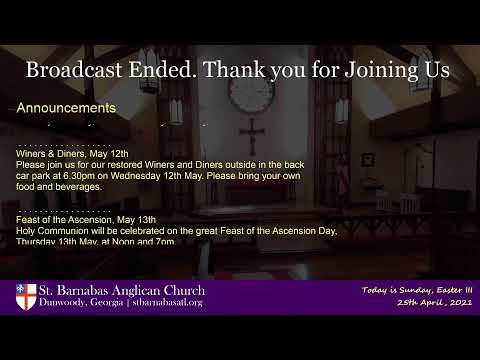