A Catechism on the Sacrament of Holy Matrimony 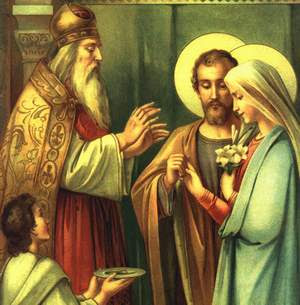 Is Christian Marriage a Sacrament? If so, why? How does Holy Matrimony differ from other kinds of 'marriage?'

what is the theological basis or idea being expressed by letting the groom and bride distribute the sacrament to each other rather than the hands of the ordained priest?

In the Western Church, the ministers of marriage are the bride and groom who administer to each other the sacrament of matrimony by the exchange of consent. Consensus fecit matrimonium is the adage: consent makes the marriage.

The priest who presides at the sacred liturgy is the Church's witness of this consent, and he administers the Church's blessing to the newly married couple. But he does not give the sacrament to the couple; they give it to each other.

This is one reason why it is absolutely essential that the bride and groom both be validly baptized, because without the sacrament of Baptism, they are not capable of giving the sacrament of matrimony to each other. And in a part of the world where millions of Baptists are paradoxically not baptized or are doubtfully baptized, this becomes a real difficulty of pastoral praxis.

When did the Church begin to teach that the man and woman administer the sacrament to one another? Actually the older view, retained in the 1928 BCP, is that the man administers the sacrament with the giving of the ring along with the benediction of the Holy Name of the Father, the Son and the Holy Ghost. "With this ring I thee wed, in the Name of the Father, the Son and the Holy Ghost." The woman consents, but she does not effect the sacrament, except in her free-will reception of it. Notice that in the Book of Common Prayer there is no place for the woman to give a ring or to pronounce the benediction. Also, Holy Matrimony, not "Christian Marriage" is the appropriate, Prayer Book language, since it is into a state of "matrimony" not mere marriage that the two are entering.
Fr. Glenn Spencer